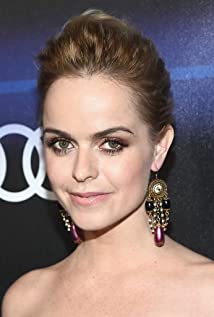 Taryn Manning was born in Falls Church, Virginia, to Bill Manning, a musician, and his wife Sharyn. At two months old, Manning's parents separated, and she moved with her mother and brother to Tucson, Arizona, where she was raised. Manning was active in dance, karate, and acting as a child. At age twelve, her family moved to California.She landed her first major role in 2001 as "Maddy" in Crazy/Beautiful (2001). Her breakthrough role was "Nola", a prostitute in Memphis, Tennessee, in Hustle & Flow (2005) and was nominated by the Washington D.C. Area Film Critics Association Awards for Best Breakthrough Performance. The film also received a SAG award nomination for Outstanding Performance by a Cast.She has worked on the CBS series Hawaii Five-0 (2010) and the FX series Sons of Anarchy (2008). Her feature credits include Love Ranch (2010), Cold Mountain (2003), 8 Mile (2002), A Lot Like Love (2005), White Oleander (2002) and Crossroads (2002).She is also series regular on Orange Is the New Black (2013). In addition to acting, Manning is also a fashion designer, singer-songwriter and the vocalist for electronic duo Boomkat. She is also co-owner of the clothing brand "Born Uniqorn".

The Murder of Nicole Brown Simpson