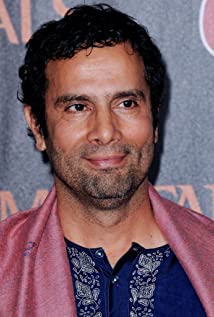 Indian director Tarsem Singh is the son of an aircraft engineer. He was educated at Bishop Cotton Boy's School in Shimla and relocated to the USA to study business at Harvard and, significantly, film studies at the Art Center College of Design in California. Upon graduating he embarked on a career as a director of music videos, working with such artists as Suzanne Vega, En Vogue, Vanessa Paradis and, most notably, R.E.M.. Tarsem's video for their song 'Losing My Religion' went on to win six MTV Video Music Awards, including the coveted 'Video of the Year'. He's made several music videos influenced by the work of the genius Sergei Parajanov and his masterpiece The Color of Pomegranates (1969), most notably Lady Gaga's song 911.As well as music videos, Tarsem has directed some high profile television commercials, including the Pepsi "We Will Rock You" campaign, featuring Britney Spears, Pink and Beyoncé. He went on to make his feature film directorial debut with the visually striking The Cell (2000). His other films include The Fall (2006), Immortals (2011) and Mirror Mirror (2012).

Attack of the Show!