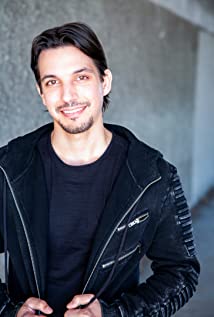 Tarek Tohme was born and raised in Los Angeles, California and graduated from the USC School of Cinematic Arts with a degree in Film & Television Production in 2013. In addition to film, he holds a BS in Business Administration with an emphasis in Entrepreneurial Studies from the USC Marshall School of Business, where he received the university's prestigious, four-year, full-tuition Trustee Scholarship. Tarek is a director, writer, producer, and actor, best known for his feature directorial debut Hold On (2019). Among his other credits are In Dubious Battle (2016) starring Robert Duvall, Ed Harris, Selena Gomez, Bryan Cranston, and James Franco, The Labyrinth (2017), and Don Quixote (2015). A former assistant high school wrestling coach and lover of the outdoors, Tarek resides in Los Angeles, where he runs two companies-Stone Canyon Pictures, LLC and De Ette Dream Productions, LLC-which collectively strive to fill a void in the film and music industries.