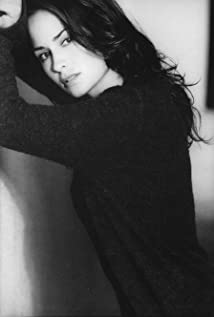 Tanya Memme is a Canadian award-winning actress, a former Miss World Canada and the host-producer of A&E's Sell This House: Extreme (2011) and of the Emmy-nominated Sell This House (2003).Born and raised in Wainfleet, Ontario, Canada, she grew up on a 200-acre sod farm in an Italian Catholic family. Her two brothers, Michael and Jeremy, are both successful engineers. Her father, Frank Memme, is a homebuilder and her mother, Beverley Barber, is an artist who teaches at Niagara College in Welland, Niagara-on-the-Lake, Ontario, Canada. She herself lives in Los Angeles with her daughter, Ava.Past credits include "Move This House" (two seasons on A&E), Robotica (for three seasons on TLC, alongside Ahmet Zappa), 9 On The Town (on KCBS) and on Eye On LA ( Los Angeles's highest-rated magazine show, on KABC). As a television journalist, she was the international correspondent for Entertainment Tonight Canada (Global TV). She covered events such as the Emmys, the Golden Globes, the People's Choice Awards, the SAG Awards and various other high profile movie premieres and red carpet events in NYC, Los Angeles and Toronto.She spent time in Cambodia reporting for the non-profit organization World Vision Canada, on the severity of child labor & child trafficking. Alongside Alex Trebek, her segments air on Global TV across Canada. She has guest-hosted a variety of TV shows, including: Hollywood 411 (with Chris Harrison for the TV Guide Channel); Reality Remix (on Fox Reality); Live on the Red Carpet (for Warner Brothers/Telepictures) and CBS's Grammy Special, which received an Emmy nomination. She recently filmed Best Vacations in Los Cabos, Mexico with Hunter Ellis (for KTLA's Prime Time Special).As a celebrity guest, she has been interviewed on many talk shows, including: The View, Soap Talk, Life and Style, The View From The Bay, The Vikki Gabereau Show, Fanny Kiefer, Global TV, Much Music, Breakfast TV, Off The Record and The Mike Bullard Show and has graced the inside and the cover of a variety of magazines such as Style Magazine, In Touch, TV Guide, Womans World, Biography Magazine, Psychology Today, Parade, Life Magazine and VU Magazine to name a few. With a degree from the prestigious American Musical and Dramatic Academy in New York City, she has starred on, among other shows, The Practice, JAG, CSI Miami, Saturday Night Live, The Young and the Restless and various independent films. Cast in a lead role in Terror Inside (2008), she won a "Best Actress Crystal Reel Award" from the Florida Motion Picture & Television Association and was awarded a prestigious "CIBA Award" by the Canadian Italian Business Association for her accomplishments and notoriety in Entertainment and Business. She was also the Keynote Speaker for the Niagara College graduating class of 2010, and received an Honorary Diploma in Broadcasting Radio Television & Film.She is actively involved in helping build wells, homes and communities in Guatemala for the non profit organization Wells Of Hope and Miracles In Action. As an animal advocate she rescues animals from kill shelters and finds them a new home. She cycled in a 420-mile bike ride from Montreal, Quebec to Portland, Maine to raise funds for AIDS.