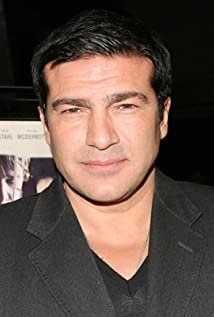 Having grown up in the South East of London, practicing his street-wise skills in boxing and football, Tamer showed his versatility from a very young age as an aspiring entrepreneur, turning his hand to sports clubs, restaurants and nightclubs. A chance encounter with his now Agent, lead Tamer to early television appearances, including; Eastenders, Casualty, The Bill and John Judge Deed. Tamer has starred in modern British classics, Calcium Kid with Orlando Bloom, The Football Factory alongside fellow Brit Actor and friend Danny Dyer, Layer Cake with Daniel Craig and his eye-opening and laugh-out-loud lead as, want-to-do-good gangster, Charlie, in Nick Love's now cult movie, The Business. Hassan has skillfully moved in and out of a plethora of feature and ensemble roles, including Kick Ass with Nicholas Cage, Christopher Nolan's Batman Begins, 50 Cent's Dead Man Running, Clash of The Titans alongside Ralph Fiennes and Liam Neeson and 2011's The Double with Richard Gere. Throughout 2012, Tamer has continued his relentless work-rate with several new humanitarian and film projects, both in Europe and across the pond. Most recently completing on Director Drew Hall's latest contribution to screen, Son's Of Liberty, due for release in early 2013.