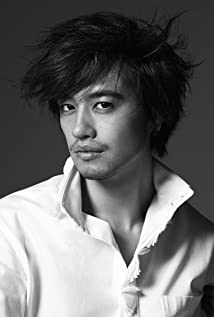 Takumi Saitoh (actor, filmmaker, mobile cinema sponsor and monochrome photographer) Beginning as a model in his teens, Takumi Saitoh's name has made inroads into such lands as Europe and Asia and has walked for shows during Paris Fashion Week. After working in advertising with Wing Shya, photographer for Director War Wong Kai , an opportunity arose for Saitoh to make his acting debut in the Korean film reboot of "Toki no Kaori - Remember Me." Having appeared in many television and films, including "13 Assassins" on which he met director Takashi Miike, he appeared in Miike's next 3 works, "Ace Attorney", "For Love's Sake" and the drama, "QP"consecutively. For his starring role in "For Love's Sake", Miike lauded, "Takumi Saitoh was born to play Hiroshi Iwashimizu." In 2017, Saitoh won the 31st annual Takasaki Film Festival, Best Supporting Actor Award for "The Projects" directed by Junji Sakamoto. He also starred in "Respect" directed by Naomi Kawase who previously won a Grand Prix at the Cannes Film Festival, which accompanied the Culture City East Asia 2016 Nara opening. Saitoh has performed in films directed by Sion Sono, Shinji Aoyama, Lee Sang-il, Derek Yee, etc, and his work now made its way into the international arena. "Manhunt" directed by John Woo is slated for release in 2018, and a starring role in Eric Khoo's upcoming "Ramen The" is also in the works. He is a fixture in the TV drama series "Hirugao : Love Affairs in the Afternoon", which aired in 2014 and is known as one of his most notable works. In 2015 he received the Elan d'or Award for Newcomer of the Year. Saitoh is not only an acknowledged actor but a well-known director, making his directorial debut with the short, "Sakurairo" in 2012. In 2014 "Hannbun no Sekai" won the Identity Award at the Japanese-Serbian film festival and was nominated for the Digital Award at the International Emmy Awards. Other directorial works include "Balancer" (2014), "Ohashi Trio Album Music Video" (2015), and 2016 documentary releases, depicting the scene backstage at a fashion show "Embellir", and a behind-the-scenes look at horse racing. His first ever feature film debut, "blank13" was screened at the Yubari International Fantastic Film Festival and received the "Fanta Land Prize" (Best Picture). He won best director in the "Asian new talent" category at the Shanghai International Film Festival 2017, a first for a Japanese actor. Takumi Saitoh, Issey Takahashi and Lily Franky won best actors in the "Vladivostok film festival 2017". Also, won Sydney indie Film Festival 2017 Best Screenplay and Tronto Japan Film festival 2018 "Audience Choice Award". "blank13"is won 8 prizes now. He won best actor in the" Hirugao" at the Tokyo film festival 2017. Tokyo International Film Festival won China film week Gold Grane best actor 2017. In 2018,HBO Asia will make the new show are "Folklore" a 6 Asian directors (Eric Khoo:Singapore Ho Yuhang:Malaysia Joko Anwar:Indonesia Lee Sang-woo: South Korea Pen-ek Ratanaruang) and 6 part horror anthology and Saitoh is one of them. His feature film "TATAMI" was showed world premiere at Sitges Catalunya International Film Festival 2018 and it was a stand high in estimation. He has also taken part for the production of "FOODLORE" the 2ed title of the same production for HBO Asia. The new work that becomes director's 10th work, He has also taken for the production of "COMPLY ANCE" a film which focuses on Japanese compliance. His new movies are "Sorokin no mita Sakura"directed by Masaki Inoue,"Mah-jongg hourouki 2019" directed by Kazuya Shiraishi, "Diner" directed by Mika Ninagawa, produce and main roll"MANRIKI(vise) directed by YasuhikoShimizu"Otaku ni koi wa muzukashii" directed by Yuichi Fukuda, "Ito(yarn)" directed by Takahisa Zeze, and "Shin Ultraman" directed by Shinji Higuchi, Planning and screenplay by Hideaki Anno. Saitoh plans and sponsors mobile cinema under the name "Cinema Bird" which brings films to locations with no movie theaters, or which are affected by disaster. To date, mobile cinema presentations, which have garnered enormous public attention, have been brought to Iwate, Oita, Fukushima , Kumamoto and Okinawa prefectures in Japan, and even as far as Madagascar and Paraguay in 2017 and Cambodia 2018. Saitoh was produced clay animation "Fairy of film Fri and Mu" is the right of using free movie and made by crowdfunding. He was charged plan, based story, script, voice of character and naming of character. Saitoh is also a widely known as a film buff, and has been writing for the magazine "Eiga Hiho" for nearly 10 years. He acts as film navigator on WOWWOW satellite broadcasting, which soon celebrates its upcoming 300th broadcast. Saitoh is on close terms with photographer, Leslie Kee, and Mika Ninagawa, and worked with world-renowned photographer Mario Testino on the January 2014 issue of Vogue Japan. In 2016, Saitoh made the cover of the November issue of "Esquire" in Hong Kong, and in 2017, he was on the cover of "ma

The Blood of Wolves II