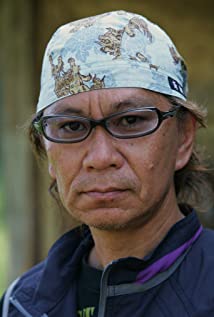 Takashi Miike was born in the small town of Yao on the outskirts of Osaka, Japan. His main interest growing up was motorbikes, and for a while he harbored ambitions to race professionally. At the age of 18 he went to study at the film school in Yokohama founded by renowned director Shôhei Imamura, primarily because there were no entrance exams. By his own account Miike was an undisciplined student and attended few classes, but when a local TV company came scouting for unpaid production assistants, the school nominated the one pupil who never showed up: Miike. He spent almost a decade working in television, in many different roles, before becoming an assistant director in film to, amongst others, his old mentor Imamura. The "V-Cinema" (Direct to Video) boom of the early 1990s was to be Miike's break into directing his own films, as newly formed companies hired eager young filmmakers willing to work cheap and crank out low-budget action movies. Miike's first theatrically distributed film was Shinjuku Triad Society (1995) (Shinjuku Triad Society), and from then on he alternated V-Cinema films with higher-budgeted pictures. His international breakthrough came with Audition (1999) (Audition), and since then he has an ever expanding cult following in the west. A prolific director, Miike has directed (at the time of this writing) 60+ films in his 13 years as director, his films being known for their explicit and taboo representations of violence and sex, as seen in such works as Visitor Q (2001) (Visitor Q), Koroshiya 1 (2001) (Ichi The Killer) and the Dead or Alive Trilogy: Dead or Alive (1999), Dead or Alive 2: Birds (2000) and Dead or Alive: Final (2002).