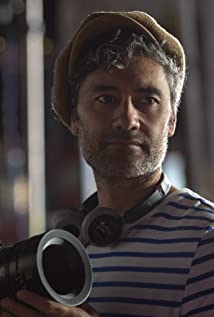 Taika Waititi, also known as Taika Cohen, hails from the Raukokore region of the East Coast of New Zealand, and is the son of Robin (Cohen), a teacher, and Taika Waiti, an artist and farmer. His father is Maori (Te-Whanau-a-Apanui), and his mother is of Ashkenazi Jewish, Irish, Scottish, and English descent. Taika has been involved in the film industry for several years, initially as an actor, and now focusing on writing and directing.Two Cars, One Night is Taika's first professional film-making effort and since its completion in 2003 he has finished another short "Tama Tu" about a group of Maori Soldiers in Italy during World War 2. As a performer and comedian, Taika has been involved in some of the most innovative and successful original productions seen in New Zealand. He regularly does stand-up gigs in and around the country and in 2004 launched his solo production, "Taika's Incredible Show". In 2005 he staged the sequel, "Taika's Incrediblerer Show". As an actor, Taika has been critically acclaimed for both his Comedic and Dramatic abilities. In 2000 he was nominated for Best Actor at the Nokia Film Awards for his role in the Sarkies Brother's film "Scarfies".Taika is also an experienced painter and photographer, having exhibited both mediums in Wellington and Berlin, and a fashion designer. He attended the Sundance Writers Lab with "Choice", a feature loosely based on "Two Cars, One Night".Taika became a blockbuster director with his film Thor: Ragnarok (2017).