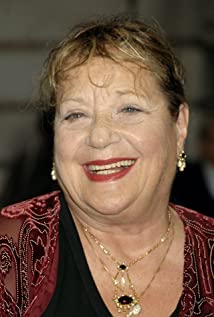 London-born Sylvia May Laura Syms hit major film appeal at a relatively young age. Born on January 6, 1934, she was educated at convent schools before receiving dramatic training at the Royal Academy of Dramatic Art. She made her stage debut in a production of "The Apple Cart" in 1954.A repertory player by the time she was discovered for films by the British star Anna Neagle and her director/husband Herbert Wilcox, the lovely demure blonde started out auspiciously enough in the delinquent film Teenage Bad Girl (1956) in which she played Neagle's troubled daughter. This was followed by a second Neagle/Wilcox collaboration with No Time for Tears (1957).Excelling whether cast in stark melodrama, spirited adventure or harmless comedy fluff, Syms' film list grew impressive in the late 1950s and early 1960s working alongside the likes of John Mills and Anthony Quayle in Ice Cold in Alex (1958), Curd Jürgens and Orson Welles in Ferry to Hong Kong (1959), Lilli Palmer and Yvonne Mitchell in Conspiracy of Hearts (1960), Laurence Harvey in Expresso Bongo (1959), William Holden in The World of Suzie Wong (1960), and Dirk Bogarde in the landmark gay-themed Victim (1961), playing the unsuspecting wife of Bogarde's closeted male. After nearly a decade's absence, Sylvia returned briefly to the London theatre lights in 1964 to play the title role in "Peter Pan."Ably portraying innocent love interests throughout the years, she graced a number of pictures without ever nabbing that one role that would truly put her over the top. She was nominated, however, three times for British Film Academy Awards--twice for best actress in Woman in a Dressing Gown (1957) and No Trees in the Street (1959) and once for supporting actress in The Tamarind Seed (1974) that starred Julie Andrews and Omar Sharif.The 1970s saw quite a bit of TV series work and she played British prime minister Margaret Thatcher at one point on both stage and TV. She grew plumper with middle age and found herself immersed in character roles, offering support in such films as Absolute Beginners (1986), Shirley Valentine (1989) and Shining Through (1992).The stage once again beckoned in the mid-to-late 1980's with touring performances, among many others, in "The Heiress," "The Beaux Stratagem," "The Ideal Husband," "A Doll's House," "Ghosts," "The Vortex," "Hamlet," "Anthony and Cleopatra" and "Who's Afraid of Virginia Woolf?" She portrayed the Queen and Margaret Thatcher in a production of "Ugly Rumours" and was among the cast in a musical presentation of "On the Town" in 2005.Into the millennium, Sylvia has continued to have remarkable agility. American audiences have recently seen her as the dog-doting "Princess Charlotte" in the light teen comedy What a Girl Wants (2003) with Amanda Bynes and Colin Firth, and treading water as the Shelley Winters character in the TV-remake of The Poseidon Adventure (2005). Other movies have included the role of the Queen Mum in The Queen (2006) starring Oscar-winning Helen Mirren as Queen Elizabeth II, as well as featured roles in Is Anybody There? (2008) starring Michael Caine and Booked Out (2012). She also co-starred opposite Peter Bowles in the heart-warming senior character study Together (2018).Married once and divorced in the 1980's from Alvin Edney, daughter Beatie Edney (aka Beatrice) is a highly prolific actress in her own right, and her son, Benjamin Edney, was briefly an actor while young and appeared with his mother as her son in the western The Desperados (1969). Ms. Syms is sometimes confused with Brooklyn-born jazz/cabaret performer and recording artist Sylvia Syms (1917-1992) (née Sylvia Blagman).

Bunny and the Bull