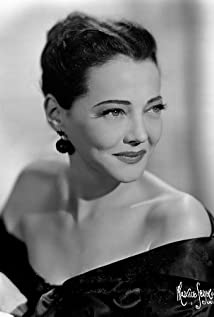 Takma İsimler: The Woman with the Heart-Shaped Face, The Saddest Eyes in Hollywood, Sid

Sylvia Sidney was born in The Bronx, New York City, on August 8, 1910 as Sophia Kosow to Jewish parents. Her father was born in Russia and her mother was born in Romania. They divorced not long after her birth. Her mother subsequently remarried and young Sophia was adopted by her stepfather, Sigmund Sidney.A shy, only child, her parents tried to encourage her to be more outgoing and gregarious. As an early teen, Sophia (later Sylvia) had decided she wanted a stage career. While most parents would have looked down on such an announcement, Sylvia was encouraged to pursue the dream she had made. She enrolled in the Theater Guild's School for Acting. Sylvia later admitted that when she decided to become a stage actress at 15, it wasn't being star struck that occurred to her, but the expression of beauty that encompassed acting. All she wanted was to be identified with good productions.One school production was held at a Broadway theater and in the audience there was a critic from the New York Times who had nothing but rave reviews for the young woman. On the strength of her performance in New York, she appeared onstage in Washington, D.C. Further stage productions followed, each better than the last and it wasn't long before the film moguls were at the doorstep. She was appearing in the stage production of "Crime" when she made her first appearance on the silver screen in 1927. The film in question was "Broadway Nights" which was dealt with stage personalities of which Sylvia, despite her extremely tender age, was one. After the film she returned to the stage where she appeared in creations which were, for the most part, forgettable. She moved to Colorado to tour with a stock company. She later returned to Broadway for a series of other plays. By 1929, she was on the big screen with Thru Different Eyes (1929) as Valerie Briand. This was followed by a short film, Five Minutes from the Station (1930). Sylvia Sidney was slowly leaving the stage for the production studios of Paramount.1931 saw her appear in five films, one of which, "City Streets", made her a star. Aware that she was replacing the great Clara Bow, who was suffering from severe and debilitating health issues, mainly depression. The contrast between the two actresses was great but the movie was a hit. The sad-eyed Sylvia made a tremendous impact and her screen career was off a running. Her next film was Ladies of the Big House (1931) as Kathleen Storm McNeil, part of a couple framed for a murder they didn't commit. The film made huge profits at the box-office. She then made Merrily We Go to Hell (1932), appearing opposite Fredric March. The film was an unqualified success. Later, in Madame Butterfly (1932), she starred as the doomed geisha girl (Cho-Cho San); critics agreed that only her performance saved the film from being a total disaster.In 1933, she starred in the title role in Jennie Gerhardt (1933). Yet another doom and gloom picture, she played a girl beset with poverty and the death of her young husband before the birth of their child. Sidney received the star spotlight in Good Dame (1934). Despite her fine performance, the film failed at the box-office. She scored big with the film critics as the lead female in Mary Burns, Fugitive (1935), a restaurant owner who falls for a big time gangster. Her performance was overshadowed by Alan Baxter, who gave an outstanding portrayal as the gangster. That film was quickly followed by "Accent On Youth", in which she played Linda Brown, a young lady fascinated by older men. In 1938, Sidney played in "You and Me", opposite George Raft. The film critics gave it mixed reviews but it did not fare well at the box-office. Afterward, the roles began to dissipate. She filmed ...One Third of a Nation... (1939) and would not be seen again onscreen until The Wagons Roll at Night (1941). There was a four year hiatus before Blood on the Sun (1945), opposite James Cagney.In 1946, she starred in "The Searching Wind" as Cassie Bowman. The film was based on a Broadway play but it just didn't transfer well onto the big screen. The film was widely considered to be too serious and flopped with the movie fans. After "Love From A Stranger" (1947), she didn't appear onscreen again until Les Miserables (1952), as "Fantine". Only three more films followed that decade. There were no films throughout the 1960s. After appearing in a made-for-television movie, she returned to the big screen in Summer Wishes, Winter Dreams (1973), playing the mother of the character played by Oscar-winning actress Joanne Woodward. For her performance, Sidney received her only Oscar nomination, losing to another actress who also only received one Oscar nomination in her lifetime, Tatum O'Neal (Paper Moon (1973)). O'Neal was 10 years old when she accepted the award.Aside from a few more supporting role film appearances strewn here and there, Sidney mostly appeared on television thereafter. In 1988, she appeared as Juno in Tim Burton's hit film Beetle

The Witching of Ben Wagner