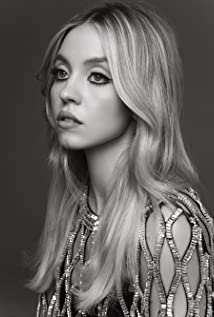 Sydney Sweeney (born September 12, 1997) is an American actress best known for her roles as Haley Caren on In the Vault (2017) and Emaline Addario on the Netflix series Everything Sucks! (2018). Sweeney is set to star in recurring roles in the HBO miniseries Sharp Objects (2018) starring Amy Adams and the Hulu series The Handmaid's Tale (2017) with Elisabeth Moss.Sweeney has guest starred in TV shows such as Pretty Little Liars (2010), Criminal Minds (2005), Grey's Anatomy (2005), 90210 (2008), and the series In the Vault (2017) as Haley Caren. Sweeney most recently starred as Emaline Addario on the Netflix series Everything Sucks! (2018), which revolved around two groups of students in high school in 1996 in Oregon.Sweeney is set to star in the second season of the Hulu original series The Handmaid's Tale (2017) as Eden, a pious and obedient girl, as well as Alice in the upcoming HBO miniseries Sharp Objects (2018) starring Amy Adams. She will also star in the upcoming psychological thriller Clementine (2019) and the alongside Andrew Garfield in the thriller Under the Silver Lake (2018). Sweeney also starred in the horror film Along Came the Devil (2018).

Along Came the Devil