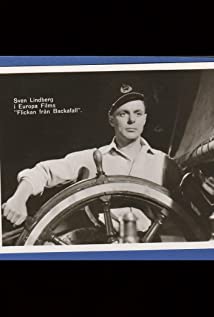 His early life became a bit embarrasing - he started school in a girls' school, where his aunt was a teacher. He played theatre in high school but that didn't gave him any dreams of becoming an actor. He continued to the university of Stockholm and read litterature- and art history. He continued with small time acting and eventually became interested and was accepted at the Royal Dramatic Theatre's acting school. After graduation, he began a busy career at the different theatres in Stockholm with plays by August Strindberg, Hjalmar Bergman, Noël Coward and Garson Kanin. His movie career began with Elvira Madigan (1943) and other bit parts. He got the leading part in När kärleken kom till byn (1950) where he played a substitute-teacher who comes to a small village. He made a lot of movies during the 1950s, since the theatres was only open eight months a year. He was usually cast as a nice young man until Arne Mattsson's The Lady in Black (1958). He also worked as a producer for Sandrews and produced the immensely successful Love Mates (1961). He got a well-deserved Guldbagge award for his role as the retired hairdresser in Glädjekällan (1993).