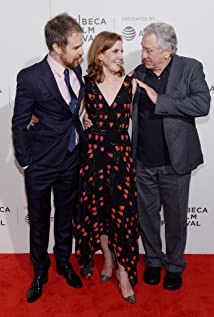 Susanna White is a BAFTA winning British film and television director. She attended Bromley High School and Oxford University before being awarded a Fulbright Scholarship to study on the MFA Program at UCLA. Her work ranges from the hard-hitting HBO mini-series Generation Kill about the US invasion of Iraq and the John Le Carre thriller Our Kind of Traitor, to the CGI world of family film Nanny McPhee Returns with Emma Thompson, Maggie Gyllenhaal and Dame Maggie Smith. She collaborated with Tom Stoppard on the mini-series Parades End (with Benedict Cumberbatch, Rebecca Hall and Adelaide Clemens) and brought Ruth Wilson to the screen in another Emmy nominated mini-series Jane Eyre. Her early work includes the award-winning documentaries Volvo City (about the Hasidic Jewish community of London's Stamford Hill) and Tell Me The Truth About Love about the poet WH Auden. Her first screen drama was about another poet, Philip Larkin, Love Again, starring Hugh Bonneville, Tara Fitzgerald and Eileen Atkins and was made for only £200,000. The film appears to be much bigger budget than it was thanks to heavy snow in London during shooting which masked non-period detail on the streets.