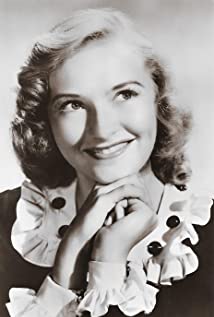 Susanna Foster was brought to Hollywood at the age of 12 by MGM, who sent her to school and groomed her for a singing and acting career.Two of her classmates in school were Mickey Rooney and Judy Garland. Oddly enough, MGM never used her, and she was signed by Paramount in 1939, where she made The Great Victor Herbert (1939). William Randolph Hearst was so impressed with her, after seeing her in that film, that he had her flown out to his mansion for a private recital for him and Marion Davies. She signed with Universal in 1941, and was used basically as leverage against Deanna Durbin, to keep her in line. Reportedly, Phantom of the Opera (1943), Susanna's most famous role, was a Durbin reject.As such, her roles kept going downhill, even though she was immensely popular at that time. After That Night with You (1945), she'd had it. She made her last film for Universal in 1945, but was still under contract. She went overseas to study voice for three years, paid for by Universal. When she quit Universal in 1948, she sold her mink stole and used the money to move to the east coast, where she eventually met and married Wilbur Evans, who was 20 years her senior. The Evans' did a lot of stage work, doing operettas and musicals of the time, touring quite extensively. In between all of this, Susanna miscarried her first child, but went on to have two sons; Phillip and Michael. Susanna had tired of show business and wanted a more 'normal' life, so when she and Evans divorced in 1956, she quit performing altogether and got jobs to support her and her children. With the children raised (Phillip passed away) she set back out to California, and lived in her car for a while until she got established. Sadly, any dream of making a comeback was hampered by several health problems.

The Opera Ghost: A Phantom Unmasked