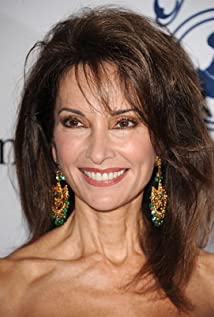 Susan Lucci was born on December 23, 1946, in Scarsdale, New York, to Jeanette (Granquist) and Victor Lucci, a building contractor. She is of Italian (father) and Swedish, German, and French (mother) descent. Susan grew up in Garden City. Since she can remember, she wanted to be a performer, and through her teenage years, took voice lessons, dance lessons, and participated in community theater. In high school she was the ideal student: took many honors classes, was a cheerleader, staff writer for the school newspaper, was a foreign exchange student to Norway, and performed in the school musicals, including lead roles in "Oklahoma" and "The King and I". After graduating with Honors from Garden City High School, she was accepted and attended Marymount College in Tarrytown, New York, which was noted for its theater program. After graduating with a BFA in theater arts, she moved to New York City, and began going to auditions. One of her first jobs was that of a color girl for CBS. Every day she would report to the studio, and sit on a stool, as technicians developed the new color cameras. Most of her acting work consisted of Off-Broadway understudy roles, day-player roles on soap operas, and extra and stand-in work for movies. In 1969 at the age of twenty-three, she auditioned for a brand new soap opera that was to be called All My Children (1970). She landed the role of Erica Kane, which is still considered by many critics to be one of the best roles on television written for women. Around this time, she met an married restaurant owner Helmut Huber. In 1978, Susan received her first Daytime Emmy nomination. She was nominated again in 1981, and nominated almost every year since then. In the early 1980s, she became the first soap opera actress to appear on the cover of major magazines, as well as the first to star in Movies of the Week. But what made her a household name by the late 1980s was her string of Emmy losses. It became a running joke that the 'Queen of Daytime Television' had no crown. It seems that every time that she would have a real knockout year, another daytime diva would have a more unique story line, or a more challenging acting role, including multiple personalities, or an actress playing more than one character. But in 1999, on her 19th Emmy nomination, she won. She received a four minute standing ovation. Now, after twenty one nominations, she is considered to be one of the most honored performers in the history of television, daytime or primetime.