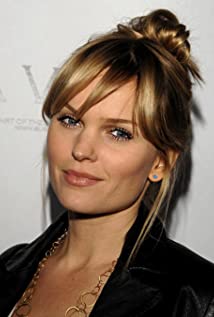 Sunny Mabrey is an actress, writer, and comedian who hails from Rainbow City, Alabama. After traveling the world on the modeling circuit for a year following high school, Sunny went on to graduate with a B.A. in Theatre from University of Mobile, a small liberal arts school where she discovered her passion for acting and entertainment. She relocated to New York upon graduation. Soon after, a Sony film brought Sunny to the West Coast. Since then, she has gone on to achieve recurring roles on ABC's Once Upon a Time (2011), CBS's Reckless (2014), Lifetime's The Client List (2012), AMC's Mad Men (2007), TNT's Memphis Beat (2010), and CMT's Still the King (2016). She has starred in many studio and independent films, including playing opposite Samuel L. Jackson in the feature film, xXx: State of the Union (2005) and again in the cult comedy-thriller, Snakes on a Plane (2006). Her independent film, One Last Thing... (2005) premiered at the Toronto Film Festival.Taking the world of Vine, Instagram, Twitter, Snapchat, and Facebook by storm with her quirky brand of comedy, she quickly amassed a following of over 1.5 million. By relating to her audience through many different mediums, Sunny uses these platforms to release her creativity, express her ideas, promote and share news on film and television projects, help charitable organizations, and display branded content.In addition to acting, Sunny performs stand-up comedy in clubs all over LA. She also spends much of her time creating music and fronting a band she formed with her husband and fellow actor, Ethan Embry. They play in venues throughout Los Angeles and Atlanta.She currently splits her time between Atlanta and Los Angeles.

Christmas at Graceland: Home for the Holidays

Teacher of the Year