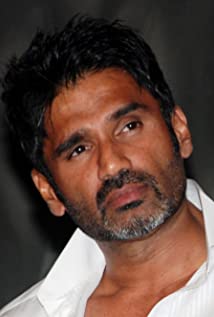 Sunil Shetty made his debut in 1992 with Balwaan (1992), which was not a major hit. Yet his great acting skills got noticed. For two years success eluded him until action thriller Mohra (1994) came along in 1994. Then followed his success streak with a comical film Gopi Kishan (1994) in which he played a dual role. The movie became a blockbuster hit and Shetty began to surface and went on to deliver blockbuster hits through his stunning performances. His intense acting abilities in patriotic movies like Border (1997), Refugee (2000), Qayamat: City Under Threat (2003) and LOC: Kargil (2003) were critically applauded.Throughout his career that spanned fifteen long years, he had acted in over eighty movies - most of them being action oriented movies. Shetty also proved his acting abilities by donning various characters from villainous ones to innocent to serious and comical ones. Hera Pheri (2000), Awara Paagal Deewana (2002) and Phir Hera Pheri (2006) testify to his acting talents in comedy genre and Dhadkan (2000) proved that he can pretty well play a villain too. Shetty set up a Production company called Popcorn Motion Pictures Ltd and produced Khel (2003), Rakht (2004) and Bhagam Bhag (2006).