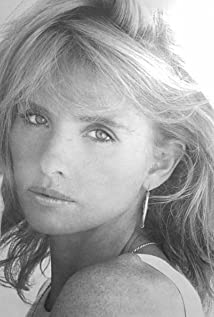 Suki Kaiser was born in 1967 in Bangkok, Thailand, but because her mother was a missionary, spent a lot of her childhood traveling. She immigrated to Canada when she was five but later moved with her mother to Newport, Rhode Island. Suki's adolescence was a mixture of high schools, boarding schools, performing art schools and a fair amount of time spent following legendary touring band, Grateful Dead. She graduated with honors from high school and attended The University of Colorado at Boulder, where she was an Anthropology major and studied creative writing. While at college, someone suggested she audition for a commercial and that eventually led her to Los Angeles to study acting.After finding success in the world of commercials, Suki left for Hollywood. Four years and little success in LA prompted Suki to relocate to Vancouver (BC), where she ran an acting studio and taught acting classes. It was in Canada that she was first discovered, picking up small roles in unknown independent films, and a number of made-for-TV movies. Her big break came with her recurring role on Nash Bridges (1996) as Nash's sister-in-law, which helped her land a role in the PAX series Hope Island (1999), and The Virgin Suicides (1999), co-starring Sofia Coppola, proving that one doesn't have to be under 35 to get a job in Hollywood. Suki has appeared in numerous films, including Marine Life (2000), and starred in several television series (Hope Island (1999)) and many TV movies and episodes. Although she still works in film and television, she spends most of her time writing and has co-directed and co-produced an award-winning short film, Speak (2001), with her husband and fellow actor, Jonathan Scarfe.Married in the summer of 1998 to Canadian actor Jonathan Scarfe, the two split their time between Vancouver and Los Angeles.

Category 7: The End of the World

The Stranger Beside Me