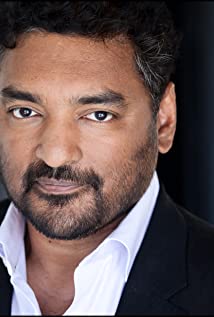 Born in India and raised in Canada, he is an award-winning screenwriter, short film director and actor with several series regular and recurring character credits. He broke into television as a writer, and is best known as one of the original writers of the classic Muppet TV show Fraggle Rock. He starred in a CBC TV movie he wrote, Best of Both Worlds, which launched his acting career. He was the first visible minority to attend the prestigious Canadian Film Centre as a writer-director, where he was trained by renowned directors Norman Jewison and Daniel Petrie, Sr. as well as famed editor Lou Lombardo and Oscar-winning composer James Horner among many others. His award-winning short films have screened at numerous festivals worldwide. Also a stage actor and produced playwright. Member of the Writers Guild of Canada, ACTRA and Canadian Actors Equity as well as a voting member of the Academy of Canadian Cinema and Television. He has taught screenwriting and acting at the college level and given seminars across Canada.