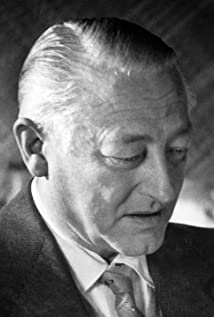 Director Stuart Heisler began his film-industry career as a prop man in 1913, joining Mack Sennett at Keystone the following year. He worked as an editor for Samuel Goldwyn at United Artists from 1924-25 and again from 1929-34 and at Paramount from 1935-36. He graduated to second-unit director with John Ford's The Hurricane (1937). He started his directorial career at Paramount in 1940 and stayed there until 1942, turning out mostly "B"-grade films but was occasionally given an "A" picture. The majority of his output was routine but he did turn out several first-rate films, his best-known probably being the sleeper hit The Biscuit Eater (1940), a small film about a boy and a dog that became an unexpected financial and critical success, garnering Heisler the best reviews of his career. After leaving Paramount he free-lanced. He directed Bette Davis in The Star (1952) and did a bang-up job with Ginger Rogers and Ronald Reagan in the hard-hitting anti-Klan drama Storm Warning (1951). He made his last film, the underwhelming Hitler (1962), in 1962. He had begun directing for television in 1960 and after Hitler (1962) he went into it full time, retiring in 1964.

I Died a Thousand Times