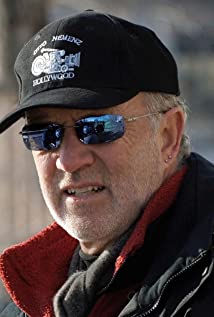 A multi-award-winning director, writer, producer and actor, Stuart Gillard is a three time nominee for the prestigious DGA (Directors Guild of America) Award, winning for Going to the Mat (2004), a movie he directed for the Walt Disney Company. Mr. Gillard is a man of many talents whose career spans three decades. After graduating from the University of Alberta, Gillard was one of twelve candidates selected to study acting at the National Theatre School in Montreal, Canada. He then was invited to Seattle, Washington where he was a founding member of the University of Washington Professional Acting Troupe. He returned to Canada where he won the country's top acting awards.This led to many job offers in Los Angeles where, in addition to acting, he began his directing and writing career. Mr. Gillard has written and directed several feature films including If You Could See What I Hear (1982), Shades of Love: Indigo Autumn (1988), Paradise (1982), A Man Called Sarge (1990), and Kart Racer (2003). He also wrote and directed Teenage Mutant Ninja Turtles III (1993) for New Line Cinema , one of the top-selling movies of all time. In addition, Mr. Gillard has directed twelve movies for the Walt Disney Company, including RocketMan (1997) and Twitches (2005), the latter being the Number One Cable Movie of the Year.Gillard has directed for all the major television networks including multiple episodes of the popular series, Beauty and the Beast (2012), 90210 (2008), Ringer (2011), Emily Owens M.D. (2012), Charmed (1998), Lonesome Dove: The Series (1994), One Tree Hill (2003), and All Souls (2001), a series he also co-created and co-wrote for Paramount and Spelling Television. He has directed many successful Television Dramatic Pilots, including Poltergeist: The Legacy (1996), Bordertown (1989), Legacy (1998), and the two-hour movie, Sandkings (The Outer Limits: Sandkings (1995)), the pilot of Outer Limits, which earned him an ACE award for Best Director and which ran for 150 episodes.In 2016, Mr. Gillard is the Executive Producer/Director for CBS Studios Beauty and the Beast (2012). He resides in Montecito, California with his wife, producer/columnist Marilyn Majerczyk and their children.

The Cutting Edge 3: Chasing the Dream