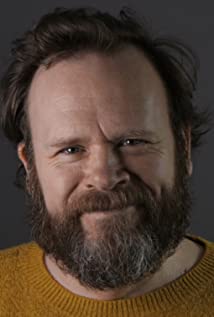 Toby Williams is an actor, writer and award-winning stand-up comedian known for Porters (2017), High-Rise (2015) and Paddington (2014). Born in Hampshire, England, he has lived in London for over 25 years after moving there to study Biology at Queen Mary University of London. During the summers he worked as a dustman (sanitation worker), street cleaner, signwriter and in a factory cleaning rotting vegetables from plastic crates. He left university at 21 in the midst of a recession and worked as a building labourer throughout, as luck would have it, the coldest winter in the UK for one hundred years. He then worked as an Ecologist before answering a job ad in the Evening Standard which lead to working for a firm of Private Investigators. He worked as a PI in London and around the UK for the next three years - his experiences informing his script 'The PI's Apprentice' which was performed at the Soho Theatre in 2017.He performed at his first open mic comedy night in 2007. It turned out to be a folk music night instead, but he performed anyway and it was predictably horrific. Although he still suffers from stage fright he continues to perform stand-up to this day with his accolades including 'Best Show' at The Leicester Comedy Festival and a nomination for 'The Malcolm Hardee Award for Comic Originality' for his debut Edinburgh Festival Fringe hour.In 2012 he took on his first acting roles in two short films, 'Step Right Up' for The London Film School and 'Island Queen' which went on to receive a BAFTA nomination for Best Short Film.