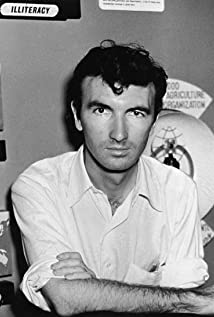 Norman McClaren is one of the most awarded filmmakers in the history of Canadian cinema, and a pioneer in both animation and filmmaking. Born in Scotland, he entered the Glasgow School of Fine Arts in 1932 to study set design. His early experiments in animation included actually scratching and painting the film stock itself, as he did not have ready access to a camera. In the early 30s he worked as a cameraman in Scotland and England, and in 1936 went to Spain to film the Civil War. He emigrated to the US in 1939, aware that war was imminent, and in 1941, at the invitation of John Grierson, he moved to Canada to work for the National Film Board. McClaren made several propaganda films for the NFB, but continued develop his experimental work in his spare time. He later founded the animation department at the NFB, where he was at his most prolific. His most famous work, Neighbours (1952), utilized a style of animation known as pixilation, where the camera films moving people and objects a few frames at a time, giving the action a frantic, unearthly look. The short film won McLaren an Oscar. He continued to use a variety of styles and techniques on his animated shorts, including the optical editor to film _Pas de Deux (1968)_, filming through a prism for _Line: Horizontal (1962)_ and also using live action featuring himself in Opening Speech (1969). In addition to film, McLaren worked with UNESCO in the 50s and 60s on programs to teach film and animation techniques in China and India. His five part "Animated Motion" shorts, produced in the late 70s, are an excellent example of instruction on the basics of film animation. McLaren died in 1987, leaving behind a lasting legacy to the film and animation world. The Canadian Film Board recognized this in 1989 by naming the CFB head office building the Norman McLaren Building.