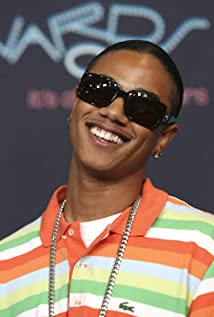 Dreux Pierre Frederic was born on November 26th, 1985. Since he was young, he wanted to be a rapper, and together with De'Mario (Raz-B) and Jarell (J-Boog), he started the group B2K, then Omarion joined. They were initially called Y2K, because they began when the whole Y2K thing was happening, but they went with B2K. It means Boys of the New Millennium.

The War at Home