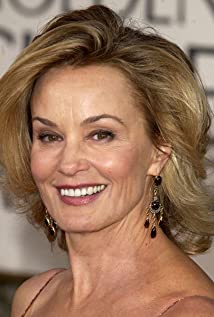 Jessica Lange was born in 1949, in Cloquet, Minnesota, USA, where her father worked as a traveling salesman. She obtained a scholarship to study art at the University of Minnesota, but instead went to Paris to study drama. She moved to New York, working as a model, until producer Dino De Laurentiis cast her as the female lead in King Kong (1976). The film attracted much unfavorable comment and, as a result, Lange was off the screen for three years. She was given a small but showy part in Bob Fosse's All That Jazz (1979), before giving a memorable performance in Bob Rafelson's The Postman Always Rings Twice (1981), as an adulterous waitress. The following year, she won rave reviews for her exceptional portrayal of actress Frances Farmer in Frances (1982) and a Best Supporting Actress Academy Award for her work in Sydney Pollack's Tootsie (1982) (as a beautiful soap-opera actress). She was also outstanding as country singer Patsy Cline in Karel Reisz's Sweet Dreams (1985) and as a lawyer who defends her father and discovers his past in Music Box (1989). Other important films include Martin Scorsese's Cape Fear (1991) (as a frightened housewife) and Tony Richardson's Blue Sky (1994), for which she won a Best Actress Academy Award as the mentally unbalanced wife of a military officer. She made her Broadway debut in 1992, playing "Blanche" in Tennessee Williams "A Streetcar Named Desire".