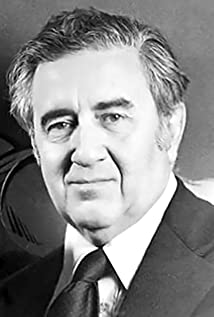 Jerry Siegel was born in Cleveland, Ohio. In 1931, he met and befriended his future partner, Joe Shuster, when the latter moved from his birthplace in Canada. Siegel and Shuster were both avid science fiction fans, publishing a fanzine in the mid-1920s. It was during this period that they read Philip Wylie's book, "Gladiator", about a mysterious character with superpowers and invulnerability. They created a strip for their fanzine (Shuster drawing, Siegel writing) featuring a super-powered villian, but later made him into a hero. In 1936, they tried, unsuccessfully, to turn it into a daily comic strip. About the same time, both young men got a job working for DC-National (now DC Comics), working on such titles as Doctor Occult, Slam Bradley, and Radio Squad. Siegel also created and worked on the Spectre In 1939, DC editor Sheldon Meyer decided to give the two young men a chance, and published their character Superman a new comic title, "Action Comics". Superman was an almost imediate hit, spawning his own eponymous title within a year, then going on to be featured in virtually every type of media.Siegel and Shuster continued working on Superman for many years, but became increasingly resentful of the profits that DC-National made off their character (because of the practice at the time, the creators had signed away all rights to the character to the publisher). In 1946, Shuster and Siegel sued DC for a share of the rights to Superman (their lawyer was Albert Zugsmith). The case dragged on until 1948, when the two men settled for royalties only on the Superboy character. They were also required to sign away any future claims to the Superman character.Shuster left the comic field, while Seigel left DC to become comics editor at Ziff-Davis Publications during the 1950s. Without his long-time partner, however, Siegel found the creative spark to be missing, and gradually lost work. Finally, Siegel's wife went to DC's publisher and told them, "Do you really want to read the headline "Superman Creator Starves to Death'?", and asked for the comic publisher to give him uncredited work.Siegel wrote many Superman stories in the 1960s, including many about Superman's home planet Krypton. In 1964, however, DC once again let Siegel go. He moved to Los Angeles, where he became a virtual recluse. In 1975, after the Superman movie raised new interest in the character, the two men once again sued DC for recognition and royalties. DC, with much prodding from publisher/editor Carmine Infantino, re-instated Siegel and Shuster's name on the masthead as creators, and awarded the two men an annual stipend of $35,000. Finally receiving the recognition he deserved, Siegel became recognized as one of the pioneers of the comics industries. In 1999, his heirs' finally won their court case with DC and received 50% ownership and control of Superman.