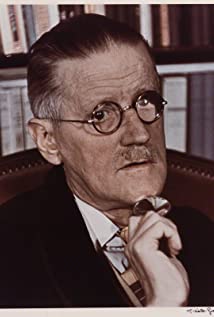 Joyce was born at 41 Brighton Square, Rathgar, Dublin, on 2 February 1882. His father invested unwisely, and the family's fortunes declined steadily. Joyce graduated from University College Dublin (UCD), in 1902. He briefly studied medicine in Paris but his mother's impending death from cancer brought him back to Dublin. In 1904, Joyce began "Stephen Hero", which he later re-worked as "A Portrait of the Artist as a Young Man". He also met Nora Barnacle, a chambermaid, and on 16 June 1904 they went walking at Ringsend, at the Liffey's mouth; Joyce later chose that date for the events recorded in Ulysses.Having briefly shared a Martello tower at Sandycove, County Dublin, with Oliver St. John Gogarty, he sailed from Dublin with Nora in October 1904. Joyce found work in a language school in Trieste. In 1909, he made two trips to Dublin, to arrange publication of Dubliners, and to open a short-lived cinema. His last visit was in 1912, when he failed to overcome his publisher's doubts about Dubliners. In 1914 the book was published in England, and "A Portrait" was serialised in a London magazine. With the outbreak of World War I, Joyce moved to Zurich in neutral Switzerland, where, in 1917, he underwent the first of many operations for glaucoma. "Ulysses", his masterpiece, was serialised in New York in 1918-20, but eventually halted by a court action.Joyce returned to Trieste in 1919, then moved to Paris, where, in 1922, "Ulysses" was published by Sylvia Beach, owner of a celebrated bookshop. Its portrait of Dublin, and of the Jewish advertisement canvasser Leopold Bloom, revolutionised the novel with its 'stream of consciousness' technique; it was not published in Britain until 1936. In 1923, Joyce began the almost impenetrable "Finnegans Wake", which was published in 1939. Joyce and Nora finally married in 1931. In 1940, the couple returned to Zurich, where he died on 13 January 1941, aged 58.

Paris Was a Woman

Valentines. A Bouquet of Letters and Poetry of Lovers

A Portrait of the Artist as a Young Man