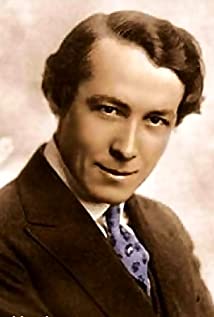 Henry B. Walthall was a respected stage actor who became a favorite of pioneering film director D.W. Griffith. Born in 1878 in Alabama, Walthall embarked on a law career but quit law school in 1898 to enlist in the US Army in order to fight in the Spanish-American War. Returning from the war he decided to take up an acting career instead of the law, and traveled to New York City to make his mark on Broadway. He debuted on the Great White Way in 1901. His friend and fellow actor James Kirkwood introduced him to Griffith, who already knew of Walthall's reputation as a stage actor. He hired Walthall to appear in his A Convict's Sacrifice (1909), the first of many films they would make together. Griffith, like Walthall a Southerner, cast him as "the little colonel" in his epic The Birth of a Nation (1915).Shortly afterward Walthall left Biograph and Griffith for Balboa Pictures in Long Beach, CA. In 1917 he and his wife formed their own production company, but after a few films he went back to work for Griffith at Biograph. However, his career went on a downward spiral, and by the 1920s he was appearing in mostly low-budget "B" fare, with only a few side journeys into more quality "A" pictures--Tod Browning's London After Midnight (1927) among them.The sound period rejuvenated Walthall's career somewhat. He had a distinguished bearing and his voice, unlike those of many bigger silent-screen stars, was perfectly acceptable for talkies. He appeared in such productions as John Ford's Judge Priest (1934) and Browning's The Devil-Doll (1936). He was hired by director Frank Capra to play the High Lama in Capra's production of Lost Horizon (1937), but before the film began production he died of influenza, on June 7, 1936.

The Sin of Nora Moran