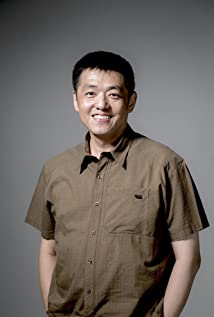 Lim Giong also known as Lin Chiang, born 7 June 1964 in Changhua, Taiwan) is a musician, artist, DJ, composer, songwriter, music producer, music director and also an actor. He is a leading figure in the Taiwanese experimental electronic music scene.His musical career began with the release of his 1st album, "Marching Forward" in 1990. In his early days, he gave rousing performances of folk-pop music (mainly sung in Taiwanese Minnan) in Taiwan such as "A Soundless Place" from the Dust of Angels soundtrack. He was associated with the genre known as New Taiwanese Song. Then, from his 3rd album "Entertainment World" recorded in England in 1993, his compositions become increasingly infused with electronic music, evolving even from drum and bass, break beat, ambient and electronica, to more experimental and freestyle work.He introduces Taiwanese notes into pop-rock culture, and weaves complex musical fabrics. In his works, the tradition meets the modernity, which creates the world of his own. He arranges the traditional music with the electronic flavour quite successfully in his 4th album "China Fun" in 2002, and 5th album "Folk Paradise" in 2003.Since he began studying acting and appeared in some movies he was stimulated by the world of cinema. Consequently he became the composer of choice for Hou Hsiao-Hsien, for whom he wrote the music of Goodbye South, Goodbye and Millennium Mambo.From the experience in the world of cinema, he has his original perspective in the interaction of the sound and the image. He tried to exceed the genre of music in his work, which is developed in the form "Stereo Picture, sometimes translated as "Three Dimensional Sound Picture")" that aims at uniting the sound and the image.His album "Insects Awaken" was released in 2005 in Europe on the French label, MK2., and a few months later, also released in Taiwan on a Taiwanese label, EWise Digital Multimedia Corp. This album won the best crossover album of the 17th Golden Melody Awards in 2006.In 2005, Cannes Film Festival invited him to perform at an outdoor event. There he performed music from "Insects Awaken", with the images which include the elements of the National Palace Museum's collection.He also produces the music for the special 90 seconds commercial film of National Palace Museum that celebrates its 80th anniversary in October, 2005. The concept of this film, "Old is New" coincides with his detached stance. And this special commercial film won the gold of the American Association of Museums' 2006 Muse award.He is now participating in the activity of the Creative Commons in Taiwan, and undertakes the responsibility of the CC Party.

The Road to Mandalay

A Touch of Sin