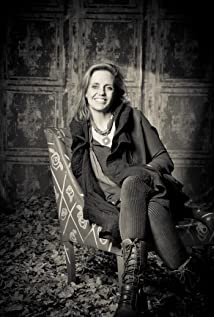 Geralyn White Dreyfous has a wide, distinguished background in the arts, extensive experience in consulting in the philanthropic sector, and participates on numerous boards and initiatives. She spent an early part of her career at the Philanthropic Initiative in Boston, which guides families of wealth in strategic giving opportunities, and taught Documentary and Narrative writing with Dr. Robert Coles at Harvard University. Geralyn is the Founder and Board Chair of the Utah Film Center, a non-profit that curates free screenings and outreach programs for communities throughout Utah.In 2007, she co-founded Impact Partners Film Fund with Dan Cogan, bringing together financiers and filmmakers so that they can create great films that entertain audiences, enrich lives, and ignite social change. Since its inception, IP has been involved in the financing of over 50 films, including: The Cove (2010 Academy Award for Best Documentary Feature); The Garden (2009 Academy Award for Best Documentary Feature nominee); Freeheld (2008 Academy Award for Best Documentary Short Film); The Ghosts of Abu Ghraib, (2007 Emmy Award for Best Documentary Special); and Hell and Back Again (2012 Academy Award for Best Documentary Feature). IP had 5 films at the 2014 Sundance Film Festival - Web Junkie, The Internet's Own Boy: The Story of Aaron Swartz, E-TEAM (Cinematography Award, US Documentary), The Overnighters (Special Jury Prize), and Alive Inside: A Story of Music & Memory (Audience Award, US Documentary). In 2013, Geralyn became a founding member of Gamechanger, the first for-profit film fund dedicated exclusively to financing narrative features directed by women. Their first film, Land Ho!, premiered at the 2014 Sundance Film Festival.Geralyn's independent executive producing and producing credits include the Academy Award winning Born Into Brothels; Emmy nominated The Day My God Died, Academy Award nominated The Square, Academy Award nominated and Peabody Award winning The Invisible War, and multiple film festivals winners such as Kick Like a Girl, In A Dream, Dhamma Brothers, Project Kashmir, Miss Representation, Connected, Sugar Babies, The Crash Reel, and Anita. Her works in production include: Wait for Me, All Eyes and Ears, In Football We Trust, and Be Natural. Geralyn was honored by the International Documentary Association with the Amicus Award in 2013 for her significant contribution to documentary filmmaking.

What Would Sophia Loren Do?