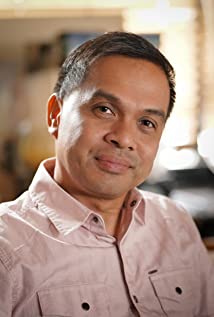 Born and raised in the Philippines, Danny Aguilar has a passion for storytelling specially in the areas of fiction and non-fiction.After completing his degree in Chemical Engineering, Danny Aguilar came to the U.S. He then continued his studies in Master of Science (MS) and followed by Master of Business Administration (MBA). He founded Quality Eagle Consulting Services in Dallas, Texas, advising Fortune 500 companies in the areas of engineering, quality, compliance, and process improvement.His entry into film started as a hobby, then became a passion. He did a short stint as a volunteer at Sundance Film Festival and other festivals, then studied with the Hollywood Film Institute. He was accepted at the Sundance Collab Director's Mentorship Program, where was mentored by a Sundance award-winning director.His practical business acumen and engineering skill helped him quickly master the work of producing and directing film. In 2017, Danny founded Carpe Diem Pictures, LLC, based in Dallas, aim to produce and finance independent films. In a few short years, Carpe Diem Pictures has launched several film projects, both documentary and narrative.Danny brings know-how and innovation to the process of conceiving the idea, building the team, gaining the support, and producing each screen project. Strong relationships are at the core of all he undertakes. The film business is a people business, he believes, and good storytelling starts with caring about people, and benefitting them in their lives.