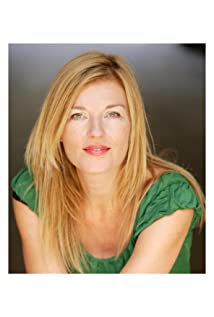 Cordula Kablitz-Post is a director, author and producer who is specialised on documentaries and feature films for theatrical release and high quality TV-documentaries for public broadcaster ARTE.1995 she founded avanti media. With Christoph Schlingensief she created the subversive Talkshow-Satires "Talk 2000" (1997) and "U 3000" (2000) which she directed and produced.In 2001 she founded avanti media fiction for the production of feature films. In 2006 she received the Grimme-award for best directing and best producing for the ARTE-TV-series "Into the night with". Her documentary "Christoph Schlingensief - Die Piloten" had its premiere 2008 during the International Hof Filmfestival and was released 2009 in theaters in Germany and Austria. The ARTE-TV-series "Love without borders" was directed and produced by her and was nominated for the German Grimme-award. (2010)The period-movie "Lou Andreas-Salomé" (2016) was her debut as a director for feature films. In 2016 the film started at the International Shanghai Filmfestival. Kablitz-Post received the audience award for "Lou Andreas-Salomé" at the International Filmfestival in Emden, in 2017 at the Semaine du Cinéma Allemand de Dinard and the main award of the 5th Socially Relevant Filmfestival in New York.Her documentary "Die Toten Hosen - You only live once" about the German band "Die Toten Hosen" had its premiere on Berlin International Filmfestival. The film was nominated for best music documentary at the 59th international film Festival in Kraków 2019 and at Deutsches Dokumentarfilmfestival in Stuttgart 2019."Hyper, Hyper - H.P. Baxxter and Scooter" is the new documentary project of Cordula Kablitz-Post.

Lou Andreas-Salomé, The Audacity to be Free