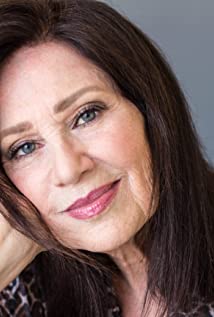 Ms. Christopher Callen Is an American Actress, Singer,Dancer,Writer, Artist and Human Rights Activist working in Los Angeles. Named for the Patron Saint of Travelers, she has appeared in roles opposite Johnny Depp, Benicio Del Toro, Treat Williams, Bruce Willis, John Travolta and more. She also has starred in12 shows on Broadway, including Tony winners "Lend Me A Tenor", "Over Here!", Fiddler on the Roof, "1776" and "The Desert Song". TV audiences will recognize the exceptionally versatile Ms.Callen from her many Guest Star roles, and for her regular and recurring lead roles on "One Life to Live ", "The Young and the Restless" and Ed Asners' series "Bronx Zoo". Film buffs have acclaimed her work in both dramatic and comedic films, from daring Independents such as "Burning Shadow " with Julie Delphy (2019) to blockbusters such as Lionsgate "Deep Water3-Cage Dive "(2018). But despite a vibrant career spanning over 30 years - Christopher is often best loved and revered as the mouthy "Circus - Circus cocktail waitress" in Terry Gilliam's iconic cult classic - "Fear and Loathing in Las Vegas"! Ms. Callen's ability to transform and virtually disappear into her diverse characters has earned her the title; "America's Tracy Ullman." Watch her Comedy Reel - "15 characters in 2 minutes" to prove the point !

Buried in the Backyard