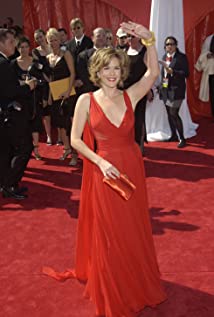 Catherine Dent arrested audiences as "Officer Danni Sofer" in The Shield (2002), playing a single woman in a world that understands brutality more than beauty. Born in Baton Rouge, Louisiana, and trained at the North Carolina School of the Arts, Dent made her film debut in 1994, playing Paul Newman's daughter-in-law in Robert Benton's Nobody's Fool (1994). Since then she has appeared in a number of features, co-starring opposite Greg Kinnear in Paul Schrader's Auto Focus (2002), starring opposite Jean-Claude Van Damme in Replicant (2001), playing Ashley Judd's sister in Tony Goldwyn's romantic comedy Someone Like You (2001) and appearing with Jim Carrey in Frank Darabont's The Majestic (2001). Her independent film credits include appearances in A Girls' Guide to Sex (1990), Jaded (1998), A New Game (2001), The Debutante (1993) and Dangerous Proposition (1998).When she was based in New York, Dent appeared frequently on East Coast-based based television shows including The Sopranos (1999), Third Watch (1999), Law & Order: Special Victims Unit (1999) and New York Undercover (1994). Since moving to Los Angeles she has guest-starred on such series as Dharma & Greg (1997), The X-Files (1993), Frasier (1993), The Pretender (1996), Chicago Hope (1994) and The Invisible Man (2000).In addition to her starring role on the acclaimed drama series "The Shield", she also starred in Steven Spielberg's Taken (2002) on the Sci-Fi Channel. Her theater credits include the title role in "Baby Doll", Maggie in "Cat On A Hot Tin Roof" and roles in "Bang The Drum Slowly" and "The Street of the Sun" at the Mark Taper Forum in Los Angeles. In New York she starred Off-Broadway in "Amoeba Concerto" and understudied for the Sofya and Yelena roles in "Uncle Vanya" on Broadway.The recently wed Dent resides with her husband in their first home in Los Angeles.