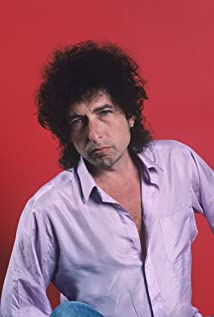 Robert Allen Zimmerman was born 24 May 1941 in Duluth, Minnesota; his father Abe worked for the Standard Oil Co. Six years later the family moved to Hibbing, often the coldest place in the US, where he taught himself piano and guitar and formed several high school rock bands. In 1959 he entered the University of Minnesota and began performing as Bob Dylan at clubs in Minneapolis and St. Paul. The following year he went to New York, performed in Greenwich Village folk clubs, and spent much time in the hospital room of his hero Woody Guthrie. Late in 1961 Columbia signed him to a contract and the following year released his first album, containing two original songs. Next year "The Freewheelin' Bob Dylan" appeared, with all original songs including the 1960s anthem "Blowin' in the Wind." After several more important acoustic/folk albums, and tours with Joan Baez, he launched into a new electric/acoustic format with 1965's "Bringing It All Back Home" which, with The Byrds' cover of his "Mr Tambourine Man," launched folk-rock. The documentary Bob Dylan: Dont Look Back (1967) was filmed at this time; he broke off his relationship with Baez and by the end of the year had married Sara Dylan (born Sara Lowndes). Nearly killed in a motorcycle accident 29 July 1966, he withdrew for a time of introspection. After more hard rock performances, his next albums were mostly country. With his career wandering (and critics condemning the fact), Sam Peckinpah asked him to compose the score for, and appear in, his Pat Garrett & Billy the Kid (1973) - more memorable as a soundtrack than a film. In 1974 he and The Band went on tour, releasing his first #1 album, "Planet Waves". It was followed a year later by another first-place album, "Blood on the Tracks". After several Rolling Thunder tours, the unsuccessful film Renaldo and Clara (1978) and a divorce, he stunned the music world again by his release of the fundamentalist Christrian album "Slow Train Coming," a cut from which won him his first Grammy. Many tours and albums later, on the eve of a European tour May 1997, he was stricken with histoplasmosis (a possibly fatal infection of the heart sac); he recovered and appeared in Bologna that September at the request of the Pope. In December he received the Kennedy Center Award for artistic excellence.

My Father and the Man in Black

Mark Knopfler: A Life in Songs