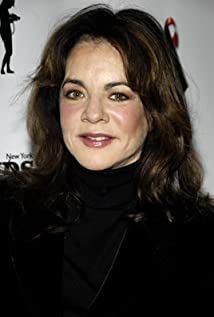 One of Broadway and Hollywood's cleverer talents who tends to shine a smart, cynical light on her surroundings, Stockard Channing was born Susan Williams Antonia Stockard on February 13, 1944 in New York City, to a Catholic family with English and Irish ancestry. Her parents were Mary Alice (nee English) and well-to-do shipping executive Lester Napier Stockard; the latter died when his daughter was 16 and left her a sizable estate.Channing grew up in Brooklyn and attended the eminent Chapin School in NYC, then later attended the Madeira School, a girls' boarding school in Virginia. She majored in both literature and history at Radcliffe College, from which she graduated summa cum laude in 1965. In 1964 she married Walter Channing Jr., a businessman whose surname she kept for part of her own stage moniker after their divorce four years later.Interested in acting, Stockard made her stage debut in a production of "The Investigation" at the experimental Theatre Company of Boston in 1966. She went on to play a number of offbeat roles with the company. She eventually migrated to New York where she took her first Broadway bow as a chorus member and understudy in the musical version of "Two Gentlemen of Verona" in 1971. Two years later she would take over the prime role of Julia in the L.A. national company. Other theater roles during this time included "Adaptation/Next" (1970) "Arsenic and Old Lace" (1970), "Play Strindberg" (1971) and "No Hard Feelings" (1973).Somewhat plaintive yet magnetic and unique-looking, the dark-haired actress began first appearing in pictures with small parts in the dark comedy The Hospital (1971) and the edgy Barbra Streisand fantasy-drama Up the Sandbox (1972). Taking on the top female lead as an heiress and potential victim of shysters Jack Nicholson and Warren Beatty in Mike Nichols' comedy The Fortune (1975), the film, despite its male star power and her Golden Globe nomination, would not become the star-making hit for Channing as initially predicted.While her next two films, (The Big Bus (1976) and Sweet Revenge (1976)), didn't get her to first base with the public either, Channing hit a major home run with the TV-movie The Girl Most Likely to... (1973), a clever black comedy written by Joan Rivers wherein she played a former ugly duckling-turned-beauty (à la plastic surgery) who decides to attract and knock off the men who cruelly cast her aside earlier. Channing found her niche with this smart, sardonic character and it would take her quite far in Hollywood.At age 33(!), Stockard was handed the feisty role of high-school teen snob Betty Rizzo in the box-office film version of the hit musical Grease (1978), starring Olivia Newton-John and John Travolta. While long in the tooth for such a role (as were others in the cast), her sly performance earned her a People's Choice Award for "Favorite Motion Picture Supporting Actress." This enormously popular blockbuster clinched her place as a top-ranking star contender.Handed two sitcom vehicles of her own within a year on CBS, Stockard Channing in Just Friends (1979) had her playing a newly-separated wife starting life anew in another city (L.A.) while The Stockard Channing Show (1980) starred her as a divorced lady again trying to find herself in L.A. Neither caught on and lasted but a few months.Stalled at a critical juncture in her career, Stockard decided to return to her first love -- the theater. With "Vanities", "Absurd Person Singular" and "As You Like It" (as Rosalind) already on her resume, she earned fine notices on Broadway with the musical "They're Playing Our Song" replacing Lucie Arnaz in 1980, then garnered rave reviews in the part of the mother of a developmentally disabled child in the New Haven production of Peter Nichols' "A Day in the Death of Joe Egg" in 1982. The actress repeated her role on Broadway a few years later (the title now shortened to "Joe Egg") and copped the 1985 Tony Award for Best Actress in a Play. Subsequent Tony nominations came her way for her offbeat work in "The House of Blue Leaves" (1986); "Six Degrees of Separation"(for which she also won an Off-Broadway Obie), "Four Baboons Adoring the Sun" (1992); and for her Eleanor of Aquitaine in "The Lion in Winter" in 1999.Award-worthy projects again came her way on TV. Nominated for an Emmy for the CBS miniseries Echoes in the Darkness (1987), she also won a CableACE Award for her work in Tidy Endings (1988). In film, she received Oscar and Golden Globe nominations when her stage triumph, Six Degrees of Separation (1993), was turned into a film. This was followed by a rare vulnerable role as an abused, small-town housewife in the popular drag queen dramedy To Wong Foo Thanks for Everything, Julie Newmar (1995), a co-star role alongside Jennifer Tilly as two divorce-bound women who meet in Reno in Edie & Pen (1996), a prime role in the remake of Moll Flanders (1996) and as an eccentric aunt in the comedy/fantasy Practical Magic (1998). She also pro

Look, Up in the Sky! The Amazing Story of Superman

Home of the Brave