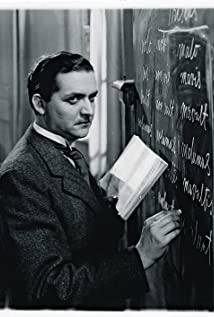 Once one of Sweden's hardest working actors, he has descibed himself as a workaholic during the 1940s. He has played all kinds of roles, both comedy as in Fram för lilla Märta eller På livets ödesvägar (1945) as well as the psychotic teacher Caligula in Alf Sjöberg's Torment (1944). And although he only did smaller roles in a lot of films, his characterizations never went unnoticed. He was also an actor on the stage, both in revues and dramas. He spent his last years in Rocquebrune at the French Riviera with his wife Aase.

Iris and the Lieutenant