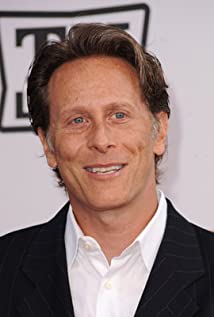 This Queens-born actor has certainly proven himself adept at everything from quirky comedy to flat-out melodrama earning TV stardom in the early 1990's and maintaining a strong foothold on stage, film and TV in its aftermath.Steven Robert Weber was born on March 4, 1961, to Fran (Frankel), a nightclub singer, and Stuart Weber, a nightclub performer, and Borscht Belt comic and manager. He was already appearing in television commercials by elementary school age. He later studied at the High School of the Performing Arts in New York and graduated from New York State University. The fair-haired, fair-skinned actor worked a series of menial jobs during his salad days as a struggling thespian (custodian, elevator operator, singing waiter) until earning his break on TV in a presentation of one of Mark Twain's stories. Quickly making his film debut in the popular comedy The Flamingo Kid (1984), he nabbed a running role on the soap opera As the World Turns (1956) a year later. On the set he met first wife Finn Carter, another co-star on the daytime drama. Steven stayed put for a year then went on to gain recognition in more offbeat and/or prestigious productions on film and prime-time TV. He played a rock star in the thoroughly offbeat foreign-made film Angels (1990) and showed real command as John F. Kennedy in the epic miniseries The Kennedys of Massachusetts (1990).That same year TV stardom came his way with the sitcom Wings (1990). Co-starring with Tim Daly as Brian Hackett, the looser, goofier more aimless half of the brotherly team who co-owned a one-plane, Nantucket-based airline, the actors' chemistry, not to mention a terrifically eclectic supporting cast, kept the show on a steady course for seven seasons. Easily typed now as a genial, lovable loser type, Weber faced the prospect of severe pigeon-holing. So during the show's off season, he started showing up in more serious roles. He suffered at the hands of the deranged Jennifer Jason Leigh in Single White Female (1992); appeared in a second chiller with The Temp (1993); and made a cameo in the highly depressing, award-winning Leaving Las Vegas (1995). His flair for comedy shone in is straight-man role as Johathan Harker in the critically acclaimed horror spoof, Dracula: Dead and Loving It (1995) He truly impressed both critics and audiences alike as the complex title character in Jeffrey (1995), a gay romantic film comedy, and then completely defied all odds by starring in an epic TV-movie version of Stephen King's horror classic The Shining (1997), seizing the role inherited from Jack Nicholson and brilliantly making it his own while earning a Saturn award for his chilling efforts.By the time "Wings" came to an end in 1997, Weber had divorced his actress/wife Finn Carter (they had no children) and married actress/TV executive Juliette Hohnen on July 9, 1995. They have two children, Jack and Alfie. He and Laura Linney were selected to play the TV-movie leads in the popular A.R. Gurney theater piece Love Letters (1999). While other TV series comebacks have fared less well, including the short runs of The Weber Show (2000) (which he produced), The D.A. (2004), Studio 60 on the Sunset Strip (2006), Happy Town (2010) and Chasing Life (2014).Steven bounced around solidly in other venues. In 2002, he joined the cast of the smash Broadway musical "The Producers," taking over the nebbish Matthew Broderick role. In 2004, he went to London to appear on stage with Kevin Spacey and Mary Stuart Masterson in "National Anthems." Other plays over the years have included "Throwing Your Voice," "Something in the Air" and "Design for Living."Steven has remained quite productive into the millennium with recent film outings in Sexual Life (2004), The Amateurs (2005), Inside Out (2005), the title role in Choose Connor (2007), Farm House (2008), My One and Only (2009), A Little Bit of Heaven (2011), Son of Morning (2011), the comedy Being Bin Laden (2011) in which he played Osama Bin Laden, Crawlspace (2012), Kiss Me (2014), Amateur Night (2016), A Thousand Junkies (2017), The Perfection (2018) and Allan the Dog (2020). Seen even more prolifically on TV, he has graced such popular shows as "The D.A.," "Will & Grace" (as Will's brother Sam), "Monk," "Law & Order: Special Victims Unit," "Desperate Housewives," "Hot in Cleveland," "Parenthood," "Curb Your Enthusiasm," "Sleepy Hollow" and "This Close."The actor continues to play a stream of comedic and dramatic recurring roles on such TV programs as Without a Trace (2002), Brothers & Sisters (2006), Dallas (2012) (the New Generation), Murder in the First (2014), Helix (2014), iZombie (2015), House of Lies (2012), NCIS: New Orleans (2014), Ballers (2015) and Get Shorty (2017) and more recently appeared as a regular on the mystery series 13 Reasons Why (2017) and comedy series Indebted (2020). In addition, he has given voice to a few animated programs including Ultimate Spider-Man (2012), Avengers Assemble (2012) The Bravest Kni

Batman: Return of the Caped Crusaders