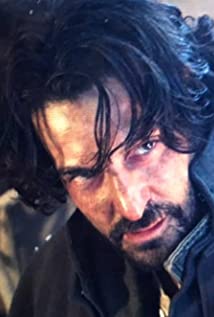 Steven Schub was born in Brooklyn, New York, but was raised primarily in Berkeley and Piedmont, California. At age 16, he attended the American Conservatory Theater in San Francisco, studying under Annette Bening. After high school, he spent the summer as a volunteer with the Israeli army before entering New York University's Tisch School of the Arts. At NYU, he studied at both the Lee Strasberg Theater Institute and the Stella Adler Conservatory, and formed a notoriously short-lived theater company, "The Bullstoi Ensemble" with roommate Philip Seymour Hoffman and director Bennett Miller. In Schub's junior year, he went back to Israel to study Religion and Philosophy at Hebrew University in Jerusalem. It was there that he founded the punk band "Jew2" and met Lynyrd Skynyrd drummer Artimus Pyle at a "Battle of the Bands" Mr. Pyle was judging. After returning to the US and graduating from NYU, Schub met Pyle again while employed as a bellhop at "The Park Central Hotel" in New York City. Pyle subsequently quit Lynyrd Skynyrd and flew Schub down to Jacksonville, Florida, where the ten-piece "Afro-Celtic Yiddish Ska" band, "The Fenwicks", was born, with Schub as the lead singer (within 72 hours and with just three rehearsals, The Fenwicks' first gig was opening for Foreigner and Billy Squier in front of 8,000 very confused classic rock fans in Jacksonville's Metro Park). Schub has continued to bounce back and forth from a successful career as an actor in film and television to his role as lead singer for "The Fenwicks". He has starred in over 15 films, several of them critically acclaimed, including the Sony Pictures Classics film Caught (1996), directed by Robert M. Young, in which Schub plays the homicidal comedian son of Edward James Olmos and Maria Conchita Alonso. "Caught" was the Centerpiece Premiere at the 1996 Sundance Film Festival and has since gone on to earn cult-hit status. His work in "Caught" garnered raves in the national and international media, including The New York Times, The Washington Post, At the Movies (1986), Variety, and others. Schub also starred in the films No Vacancy (1999) with Christina Ricci, Morning (2001) with Annabeth Gish, Little Noises (1991) with Crispin Glover and guest-starred on television shows ranging from Sesame Street (1969), NYPD Blue (1993), Wanted (2005) and E-Ring (2005), to playing the role of a recurring guest star terrorist on Season Six of 24 (2001), among others. "The Fenwicks" have three nationally released CDs and endless national tours to their credit, including shows at Town Hall on Broadway in New York City, as part of the 2002 Toyota Comedy Festival, alongside Jon Stewart, The Ayn Rand Institute's 2003 USC Philosophy Conference, and, most recently, the 2005 Vans Warped Tour. "The Fenwicks" are now widely-considered to be one of the progenitors and instigators of "3rd Wave Ska". Steven Schub is a Lifetime Member of the Actors Studio.