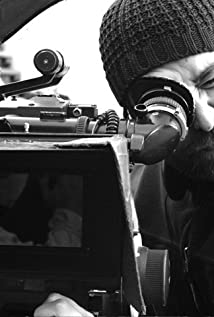 Steven R. Monroe was born in Queens, New York and is a true child of film. His entire immediate family was, or is, part of the entertainment industry. Monroe started very early in life making movies with his Super 8 camera when he was 8 years old and receiving his first paycheck in at the age of 12 in the film business. At 20 he began his freelance career spending over 10 years in the camera department as an assistant cameraman and operator, before fulfilling his dream as a director for the first time at the age of 30.Since then Monroe has directed music videos, commercials, documentary, then feature films, Series and Television movies, doing all formats and all genres from Horror to Family, Thriller to Rom Com. To date he has directed well over two dozen Television movies for such networks as SyFy, Lifetime, and Hallmark. He has also directed well over a dozen Feature films including the acclaimed House of 9 starring Dennis Hopper. Two films for legendary producer Stephen J. Cannell, and the controversial and critically acclaimed re make of the 1978 classic I Spit on Your Grave in 2010, and in 2012 the sequel I Spit On Your Grave 2. He has written, produced and directed two of his own films, the ensemble drama Complacent and the action thriller MoniKa. He directed the horror sequel for 20th Century Fox, The Exorcism Of Molly Hartley. In 2015 he directed the final four episodes of the UP TV original dramatic series, Ties That Bind. Monroe has an impeccable reputation as a director that brings unique style to each project, good performances, is fast, efficient and respected by both crew and cast. He has worked in all regions of the US, all Providences of Canada, also Prague, Romania, Bulgaria, Switzerland, Japan, U.K, Ireland, and South Africa to name a few. He is managed by Stan Spry at the Cartel.

Love to the Rescue

Forever in My Heart