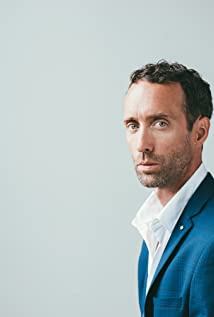 Steven McCarthy is an award-winning actor, director, and musician. In 2018 McCarthy was awarded a Canadian Screen Award (CSA) for Best Guest Performance in a dramatic series for his portrayal of a dying rock singer in season one of 'Mary Kills People." He plays the devious Glyde Everly in Trailer Park Boy's creator Mike Clattenberg's new comedy series 'Crawford' which premiered in 2018 on CBC. He's played leading roles for such notable directors as Guillermo del Toro, Ken Finkelman, and Kate Melville starring alongside such luminaries as Jeff Daniels, John Carrol Lynch, James Brolin, Christine Lahti, Jason Ritter and Tatiana Maslany. His first film, "O Negative " is an unsettling fable about the lengths one will go to keep love their alive. McCarthy wrote, directed, performed in and produced the film. It had its premiere at the Toronto International Film Festival and subsequently played at festivals the world over before being named a Vimeo staff pick, Shortoftheweek, and one of Canada's Top Ten shorts of the year in 2015. Motel Pictures "We Forgot to Break Up", co-written by and starring McCarthy, is a film about a rock band who are confronted by their old friend and ex-manager. It also premiered at TIFF and SxSW before going on to win Best Canadian Short Film at the Whistler Film Festival. His latest short film - "From Across the Street and Through Two Sets of Windows" will have its premiere at the 2018 Vancouver International Film Festival. He holds two diplomas, one for acting and one for directing, from Montreal's prestigious National Theatre School of Canada.