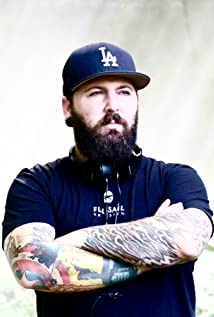 Steven C. Miller was born in Decatur, Ga. His love for film began early when his father bought him a VHS video camera. Miller started off small with multiple music videos and short films. In 2005 Miller attended and graduated Full Sail University.In 2005, immediately after graduating film school at Full Sail University, Steven moved from Florida to Hollywood where he and two close friends raised the money to fund his feature film debut. "Automaton Transfusion." The no-budget cult phenomenon (which Miller also wrote and edited) was shot in 9 days and had a budget of under 30k.In October 2007, "Automaton Transfusion" premiered at the "ScreamFest" horror festival at the Mann's Chinese Theater. It was purchased and distributed by Dimension films.Over the next several years, Steven was attached to several studio films including MGM's remake of "Motel Hell," Paramount Vantage's "Ink" and "Area 52" that never materialized into actual films. He learned the meaning of "development hell."In 2011, Steven decided to return to his roots, work outside of the studio system and shot two independent low budget features: "Under The Bed" and "The Aggression Scale."The Amblin-esque "Under The Bed" premiered at the 2012 Fantasia Film Festival and played film festivals around the globe. "The Aggression Scale" premiered to rave reviews at the 2012 South By Southwest Film Festival and was described as "Home Alone" meets "Straw Dogs" and was purchased by Anchor Bay.In April of 2012 Miller began shooting the remake of "Silent Night, Deadly Night" starring Malcolm McDowell and Jaime King. Anchor Bay is set to distribute in December 2012.In October 2013 Miller finished his first action thriller "Submerged". The film was bought by IFC films and is being released in theaters Nov 27th 2015.In 2015, Emmitt/Furla Films and Grindstone Entertainment hired Miller to helm two Bruce Willis films back to back, Extraction and Marauders. Extraction hits Theaters December 18th 2015.

Scream of the Banshee