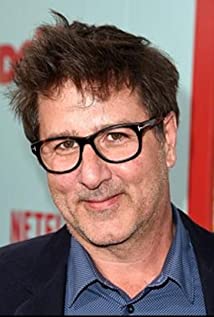 A native of Utica, New York, Steven Brill studied film, theater and acting at Boston University. It was there that he became a student of acclaimed, Nobel Prize winning poet and playwright, Derek Walcott. Brill became a part of Mr. Walcott's first theater group in Boston, Playwright's Theater, where he wrote and directed original plays.Brill continued to write plays and moved to Los Angeles where he began auditioning as an actor and writing screenplays as well. In his spare time, Brill would go skating at public ice rinks - which proved a fortuitous hobby. One day while watching a Pee Wee hockey practice, he was struck by the idea for The Mighty Ducks.Brill scripted the film, recalling his own youth hockey experience, and sold it to Walt Disney Pictures. Emilio Estevez was cast as Coach Gordon Bombay in the 1992 release. One year later, "The Mighty Ducks" of Anaheim entered their first NHL season. Brill next wrote and executive produced the 1995 sequel "D2-The Mighty Ducks Are Back" and in 1997, "D3-The Mighty Ducks".Brills directorial debut was the Disney film "Heavyweights", a comedy about a group of kids at a weight loss summer camp starring Ben Stiller,. He co-wrote the script with Judd Apatow, who also served as the executive producer.Next, Brill wrote and directed "Late Last Night" for Screenland Pictures. "Late Last Night" stars Emilio Estevez, Steven Weber and Catherine O'Hara. It chronicles one intense night in the life of a man in Los Angeles.Brill wrote Ready to Rumble for Warner Brothers. He also worked as a writer on "The Wedding Singer, Big Daddy, and Doctor Dolittle" He then directed and co-wrote Little Nicky with Adam Sandler for New Line Cinema. Also starring in the picture are Harvey Keitel, Patricia Arquette and Reese Witherspoon.Brill followed that up by directing "Mr. Deeds" with Adam Sandler.. Deed's, also starring Winona Ryder came out in June of 2002 and made over 170 million at the box office worldwideBrill then re-wrote and directed "Without a Paddle," starring Burt Reynolds, Seth Green and Matthew Lillard, for Paramount Pictures. He directed "Drillbit Taylor" produced by Judd Apatow and starring Owen Wilson for Paramount Pictures.His most recent film was "Walk of Shame," an original screenplay that directed, starring Elizabeth Banks, for Lakeshore Entertainment.Aside from writing and directing, Brill has kept busy as an actor on such diverse films as "Sex, Lies, and Videotape", "Postcards from the Edge", "Edward Scissorhands", "Batman Returns", "When a Man Loves a Woman", "The Wedding Singer" and "Big Daddy", and "Knocked Up".