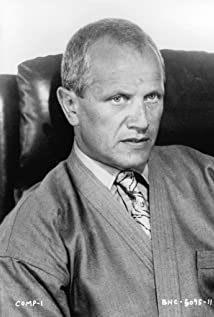 Highly acclaimed English actor, playwright, author and director continues to set the benchmark in stunning, intense performances on both stage and screen. Berkoff was born in Stepney, London in August 1937 and received dramatic arts training in both Paris and London and then moved on to performing with several repertory companies, before he formed the London Theatre Group in 1968. Berkoff had actually been appearing in uncredited roles in UK cinema since 1959, and started to get noticed by casting agents with his performances in Hamlet at Elsinore (1964), Nicholas and Alexandra (1971), A Clockwork Orange (1971) and Barry Lyndon (1975).Mainstream film fans are probably most familiar with Steven Berkoff via his portrayal of a trio of ice cold villains in several big budget Hollywood productions of the 1980s. Firstly, he played a rogue general plotting to launch a war in Europe in Octopussy (1983), then a drug smuggling art dealer out to kill Detroit narcotics officer Eddie Murphy in Beverly Hills Cop (1984), and thirdly as a sadistic Russian commando officer torturing Sylvester Stallone in Rambo: First Blood Part II (1985).Berkoff continued to contribute scintillating performances and was quite memorable as Adolf Hitler in War and Remembrance (1988), The Krays (1990) and the haunting The Tell-Tale Heart (1991). Further villainous roles followed for the steely Berkoff in Fair Game (1995) and the Jean-Claude Van Damme kick flick Legionnaire (1998). He excelled in the camp comedy 9 Dead Gay Guys (2002), played UK crime figure Charlie Richardson Snr. in Charlie (2004) and then appeared in the passionate Greek film about mail order brides simply titled, Brides (2004) ("Brides").His screen performances are but one part of the brilliance of Steven Berkoff, as he has additionally built a formidable reputation for his superb craftsmanship in the theatre. Berkoff has written and performed original plays including "Decadence", "Harry's Christmas Lunch" "Brighton Beach Scumbags" and "Sink the Belgrano", as well as appearing in productions of "Hamlet", "Macbeth" and "Coriolanus" to rapturous audiences right across the globe. Furthermore, he has authored several highly entertaining books on the theatre and his life including "The Theatre of Steven Berkoff", "Coriolanus in Deutscheland", "A Prisoner in Rio", "I am Hamlet" and "Meditations on Metamorphosis".