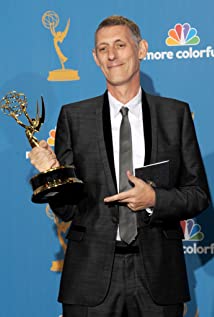 Born near Windsor, England, Steve became an oil painter, photographer and printer, graduating in Fine Art at Leeds University. He then joined ground-breaking British experimental theatre company Impact Theatre Cooperative as an actor. For the next six years Steve appeared in thirteen original shows which toured throughout the UK and Europe. When Impact disbanded Steve went on to write, produce, direct and design a dozen new shows for his own theatre company which performed in Britain and around the world. Retrospectives of his work were staged at Glasgow's Centre for Contemporary Arts and the Institute of Contemporary Arts in London.In recognition of his work in theatre, Steve was selected for the BBC Drama Director's Course and was trained at the Television Centre in Shepherds Bush, London to direct for the screen in multi camera, single camera, video and film. He went on to direct for UK ratings leaders "EastEnders", "Emmerdale", "Casualty" and "The Bill" before relocating to New York. His first job in the US was for Sidney Lumet on his TV courtroom series "100 Centre Street" starring Alan Arkin. Sidney wanted to make television drama the way he'd done it live in the 1950s and Steve was hired because of his BBC training and experience in that style. Following many episodes of the "Law & Order" franchise in New York for Dick Wolf, Steve began to work for HBO on "The Wire" in Baltimore and then "The Sopranos", "Rome", "Carnivale" and "Big Love". He directed the pilot of "The Tudors" in Dublin starring Jonathan Rhys Meyers and was nominated for a 2006 WGA Award for his writing on "Deadwood" which he also directed. He has produced and directed many pilots around the world including "Dracula" for NBC shot entirely in Budapest.He directed the Screen Gems motion picture "Obsessed" starring Beyonce Knowles and Idris Elba which opened at number one in the US box office.In 2010, Steve won the Emmy for Outstanding Directing in a Drama Series for his work on the Season 4 finale of Showtime's "Dexter".