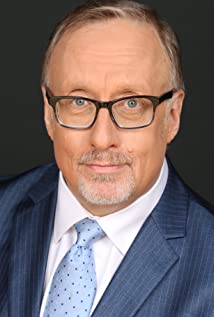 Steve Ray is an accomplished radio personality who ventured into film work as an Assistant Director, Actor, Voice Over Artist & Stunt Double. He was heard on over 130 stations worldwide on the Westwood One Radio Networks "Oldies Channel" & overseas he was the National Program Director for a multi-lingual service in both the People's Republic of China and at ICRT in Taipei, Taiwan. He was also a Contributing Writer for the International Editions of PLAYBOY as a Music Reviewer and has done exclusive interviews with Sting, Paul McCartney, Gloria Estefan, Mariah Carey and many other contemporary music artists, both in print and on-the-air. After spending 20 years in Los Angeles he lives in Washington, D.C. His talent as a vocal mimic landed him work as a prosthetic (latex) double for Dan Aykroyd, Randy Quaid and Larry Drake among others. He continues to appear in feature films & television projects, in addition to his work behind the scenes in a production capacity. He is most noted for mentoring actors and filmmakers new to the business with cold reading, script breakdown, scene study and film & television production techniques for the actor.