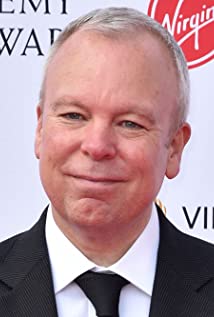 Steve Pemberton is a BAFTA winning actor and writer born in Blackburn, UK. He graduated from Bretton Hall in Yorkshire with a BA (Hons) in Theatre Arts in 1989. After leaving college Steve spent time producing and starring in small-scale theatre productions in London and working part-time for Variety as assistant editor of the International Film Guide. In 1996 Steve and his college friends Mark Gatiss, Reece Shearsmith and Jeremy Dyson went to Edinburgh with comedy show The League of Gentlemen, winning the coveted Perrier Comedy prize a year later. The group then went on to record a radio series and four TV series for the BBC as well as staging three live tours and making a film.In 2009 Steve and Reece wrote and starred in the multi-award winning black comedy Psychoville which ran for two series and a Halloween special. The pair's acclaimed anthology show Inside No 9 began in 2014 and Steve was awarded with a BAFTA for Best Male Comedy Performance in 2019. The show also won BAFTAs for Scripted Comedy and Comedy Writing. Steve lives in North London with his partner and three children.

The Interrogation of Tony Martin