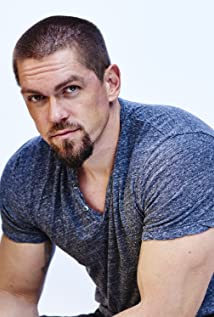 From nuanced and honest portrayals of fatherhood-gone-wild across the eighth season of Showtime's EMMY® Award-nominated series Shameless to palpable intensity on the likes of Sons of Anarchy, Steve Howey reflects a classic masculinity on-screen equally steeped in humor and heart. That timeless leading man spark and quiet strength remain signatures of the acclaimed actor, writer, producer, and entrepreneur. "When you see guys like Jackie Gleason or Steve McQueen on-screen, they represent real men-in all of their tragedy and triumph," he says. "It's the humor of Gleason in The Honeymooners and raw grit of McQueen, which both made a big impact on me at a young age. That's what I grew up on, and it's the kind of presence I always aspired to be." Sailing the high seas up and down the Pacific Coast with his Navy veteran dad and mom, the San Antonio-born talent enjoyed the sort of upbringing that inspires unforgettable performances. He can recall diving for bottle caps off the coast of Mexico to trade them in for candy at local markets at eight-years-old between other real adventures. Achieving a basketball scholarship to junior college in Colorado, he played two seasons before pursuing his calling as an actor. He would go from Something Borrowed alongside Kate Hudson, Jon Krasinski, and Ginnifer Goodwin to Bride Wars where he re-teamed with Hudson, Anne Hathaway, and Chris Pratt to Supercross, Losing Control, Unleashed, In Your Eyes, and See You in Valhalla. 2017 sees him grace the screen in the NETFLIX comedy Game Over, Man! and Making Babies where he leads the cast opposite Eliza Coupe. Beyond Shameless, he's engaged audiences with high-profile guest spots on Jennifer Falls, New Girl, Psych, and more in addition to a six-year run on Reba. "I always want to challenge myself," he goes on. "I'm never content just to pursue one style or art form. It's about forging ahead in new adventures at every turn." He continues to expand his sphere of influence. Profiled in-depth by the likes of Men's Fitness, People, Hollywood Reporter, and more, he's amassed over 900K Instagram followers as a true fan favorite. He's in the midst of writing and developing various projects in addition to joining Opkix as a key investor. You might also find him riding his motorcycle, studying martial arts, coaching new talent, and competitive shooting. Residing in Los Angeles, the role he devotes himself most to is husband and father.