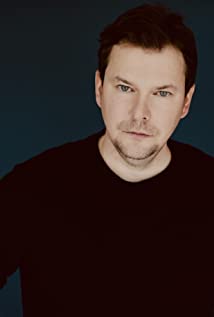 Stephen Arbuckle is a Canadian born actor who began his performing arts career in theatre in Cape Breton, Nova Scotia. Growing up in Donkin, a small community sitting on the edge of the Cape Breton Island coastline, he decided early on that a career in fishing was definitely not in the cards (although he enjoys it), and to grow as an actor he would leave home to pursue a career in film and television.In 2003 Arbuckle moved to Toronto where he landed the lead roll in the short film Todd and the Book of Pure Evil. This experience opened doors for Arbuckle to secure spots in dozens of national and international commercials for heavy hitters like Sony, BMW, Coors Light, and Pepsi.Arbuckle continued to pursue interesting and challenging roles that would provide invaluable experience along the way. These opportunities also provided a platform to work with some of the most accomplished television and film stars of today such as Viggo Mortensen, David Cronenberg and Michael Madson.2010 was a pivotal year for Arbuckle, securing a role as a regular on ABC's Happy Town alongside Sam Neil and Steven Weber. Also in 2010, he filmed a guest spot on the pilot of CBS's Blue Bloods with Donnie Wahlburg and Tom Selleck and then coming full-circle, back to his origins in film, Arbuckle began shooting to appear as a regular on the Todd and the Book of Pure Evil series on the Space Channel.When not working Arbuckle likes to stay up on emerging talent coming from Cape Breton. An increasing number of musicians, comedians, actors, and film industry professionals from his home on the east coast are stopping in Toronto and Arbuckle takes every chance to get out and support them and their work.

Todd and the Book of Pure Evil: The End of the End

Todd and the Book of Pure Evil

A History of Violence