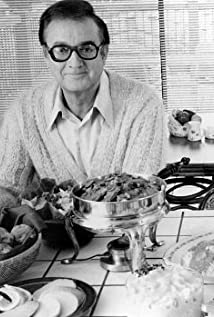 Although Allen was thought initially to have died of a heart attack, it was eventually determined by the coroner's office that the official cause of death was hemopericardium, a leaking of blood into the sac surrounding the heart, and that this was secondary to a minor automobile accident Allen was involved in earlier that day. He was driving to his son's Encino home about 7:45 p.m. on October 30, 2000, when his car was struck by a sport utility vehicle backing out of a driveway on the 16000 block of Valley Vista Blvd in Encino. The impact was enough to break four ribs and rupture a blood vessel in Allen's chest, which allowed blood to leak into the pericardium. Further investigation occurred after it was revealed that his attending physician had mentioned the accident on Allen's death certificate, the cause of which was primarily attributed to hemopericardium.Allen's son, Bill (one of Allen's four sons) told the media his father said nothing about it upon arriving at his home shortly after the collision, but he did complain of not feeling well and decided to rest. Bill later found his father unconscious and had him taken to the Encino-Tarzana Regional Medical Center, where he was pronounced dead at 9 p.m. that evening. His father had been treated for occlusive coronary arteriosclerosis (hardening of the arteries) and had survived colon cancer in recent years.Routine toxicology tests found no drugs or alcohol were involved. The coroner delayed releasing the final autopsy report to the public until relatives had first received copies. Allen's family settled with Mercury Insurance, the carrier for the other driver, whose identity remains unknown to the general public. To point out Allen's dry and witty sense of humor, his wife Jayne Meadows, referenced a comment made by the other driver involved in the accident. The driver said that, while he and Allen were exchanging information, the comedian wisecracked, "What some people will do to get my autograph!"

Eat That Question: Frank Zappa in His Own Words

Pinky and the Brain